Say "I do" in beautiful Florence!! 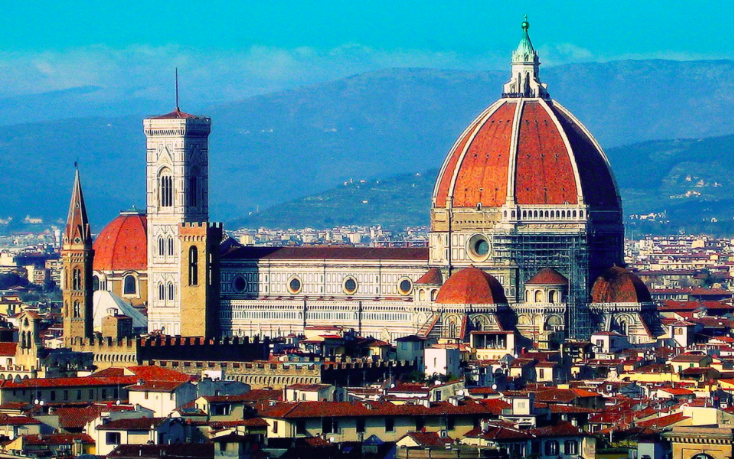 Florence is one of the most beautiful cities in Italy if not the world. It is the capital of Tuscany, the birthplace of the renaissance and a truly special place to get married. The great thing about choosing Florence for a civil wedding ceremony is that you have not 1 but 5 different locations to choose from!
Here are all the possibilities. I will start with the options located in the town hall of Florence – the Palazzo Vecchio or “old palace” in the beautiful Piazza della Signoria. 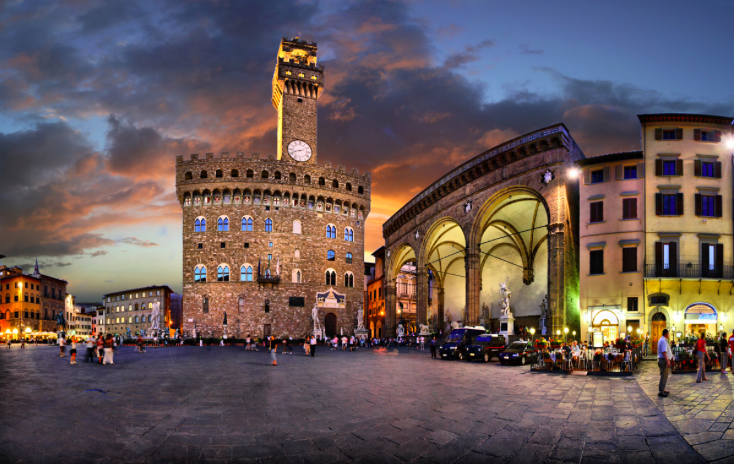 I will start with the most popular choice, “La Sala Rossa” or the red room. Can you guess why it’s named the red room??? 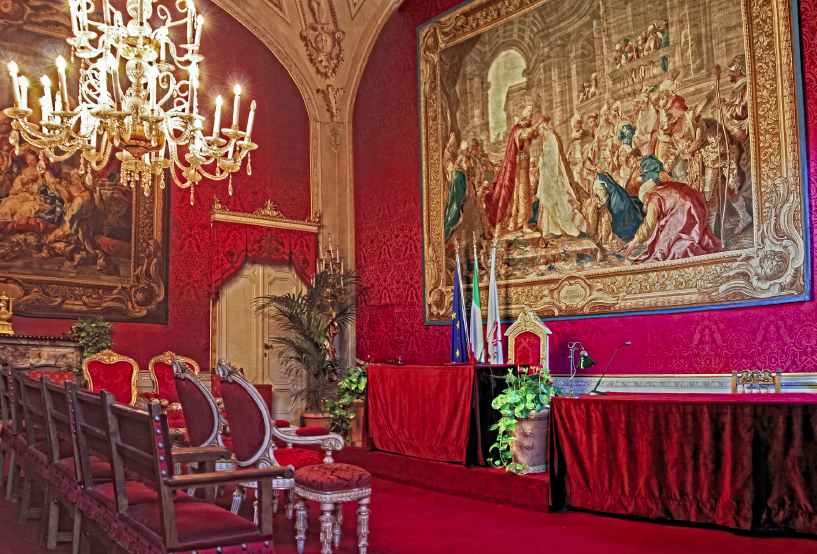 History: The room was built during the enlargement of the palace during the renaissance period and took on its current appearance during the second half of the 19th century when it was the bedroom of Baron Bettino Ricasoli the prime minister of that time. There are biblical tapestries, red carpet and velvet giving the room quite a rich and unique elegance.
When: Mornings daily (including Saturday), Sundays (1 x per month)
Cost: from 2,500-3,000 euros for non residents (depending on day/time chosen)
Capacity: 40 people 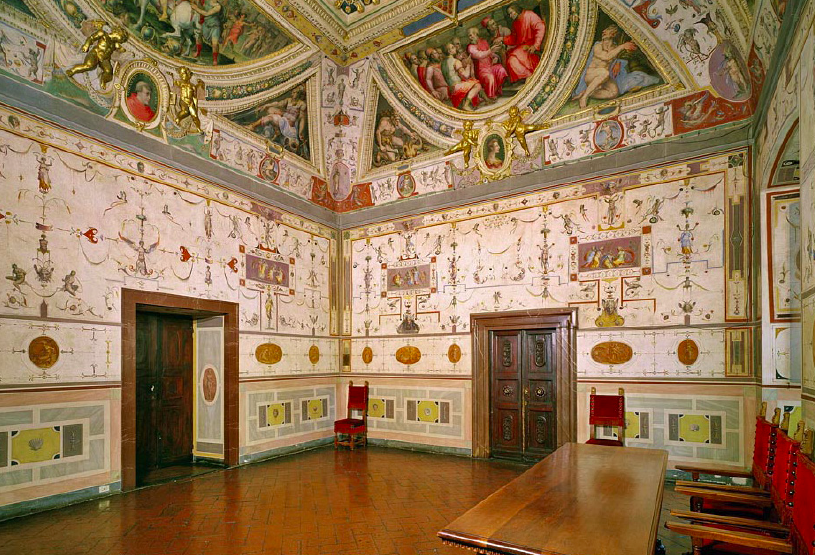 History: This room was dedicated to Lorenzo the magnificent, a man with great intelligence, culture and political power during the renaissance period. The decoration of the hall dates back to the mid 16th century and celebrates the great life of the Medicic family. The room is enhanced by the beautiful paintings of Giorgio Vasari and Marco de Faenza.
When: twice a month (except August)
Cost: 3,000-3,500 euros for non residents
Capacity: 30 people

The third and probably most exceptional civil ceremony space in Palazzo Vecchio (made recently more visible by Dan Brown’s recent book Inferno) is La Sala dei 500 or the 500 room. This photo does absolutely no justice to the splendour of this room! 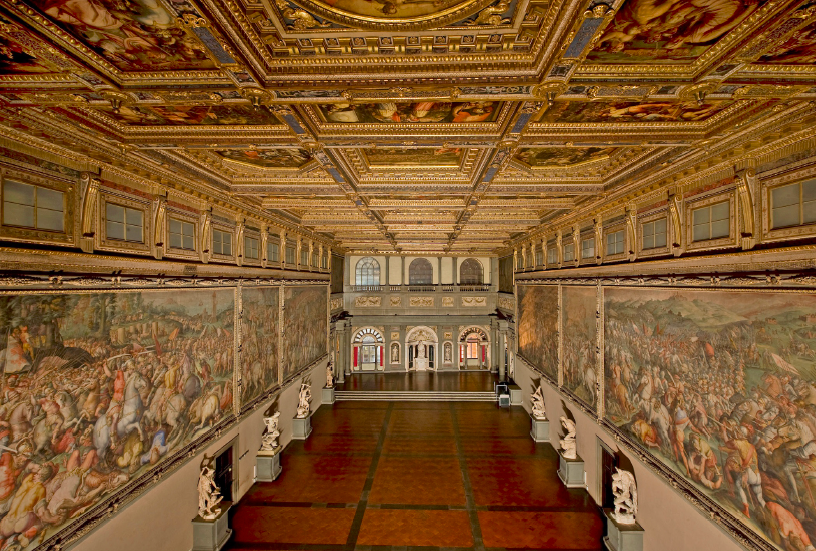 History: This room is the most historically significant room in the Palazzo Vecchio. The room was built in 1495 by Simone del Pollaiuolo. The grand hall was the seat of the 500 members of the Great Council of the Republic. Artistically important is the ceiling decorated with immense frescoes by Vasari and by 11 marble statues among which the famous “Genius of Victory by Michelangelo. I can’t forget to mention the hidden charms of the “Battle of Angiari” that is perhaps the rediscovered work by Leonardo da Vinci. I would say this is quite an exceptional place to marry!

When: twice a month (except August)
Cost: 5,000 euros (the most expensive option but the most notable for sure)
Capacity: 240 people

The above options – La Sala Rossa, Sala di Lorenzo and La Sala dei 500 are all located in Florence’s city hall – the Palazzo Vecchio. The remaining 2 options are located in other city locations.

The Bardini museum is located in the Oltrarno district of Florence (The Oltrarno is Tuscania Event’s headquarters and in my opinion one of the most authentic areas of the city). The museum is named after Stefano Bardini (1854-1922) an Italian antiquarian who decided to turn his collection into a museum and donated to the city of Florence. 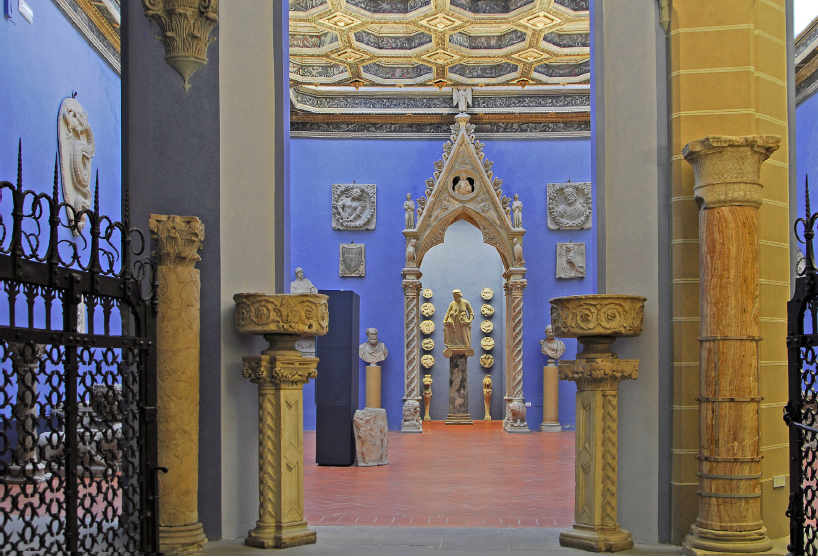 History: Before Stefano Bardini made restorations to the palazzo it was once and church and convent. The La Sala della Carita’ or the hall of charity is named after an important statue in the museum (Carita’ by Tino Camaino). Recently, the Sala della Carita’ was given permission to perform civil ceremonies.

The Rose Garden is also a recent addition to Florence’s ceremony options and the only outdoor possibility. The photo below does not give this spectacular spot justice….it is truly spectacular! I dedicated a blog just to this spot. 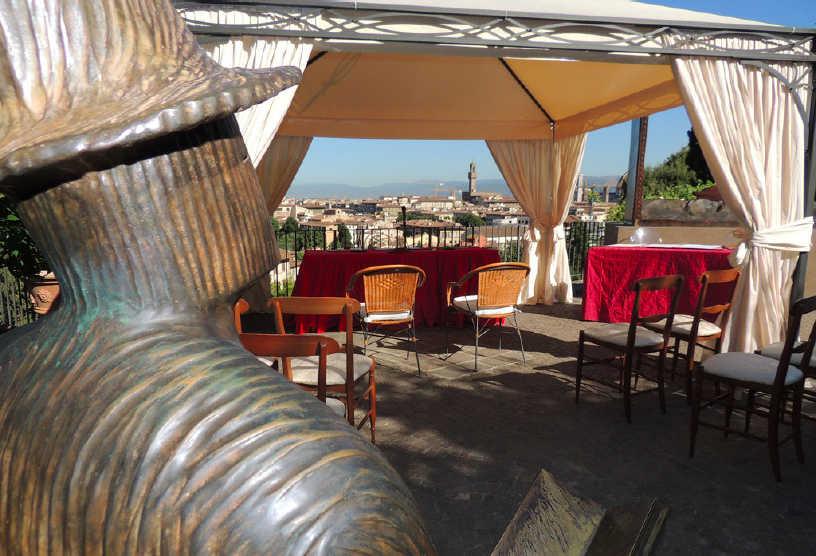 History: This beautiful garden is located just below Piazzale Michelangelo and was built in 1865 as part of Florence’s restructuring when it was Italy’s capital. From this spot you can enjoy unparalleled views of the city while being surrounded by 1000 plant varieties and hundreds of roses. The garden is enhanced by the presence of 10 sculptures by artist Jean-Michel Folon and a beautiful Japanese garden.

The splendours of Florence 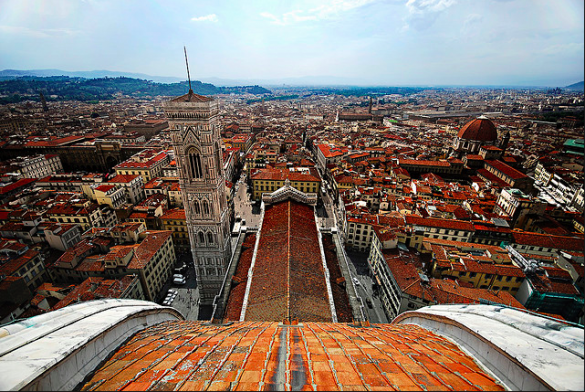 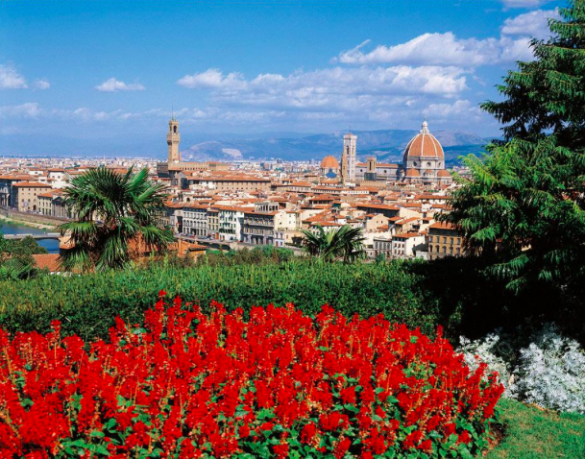 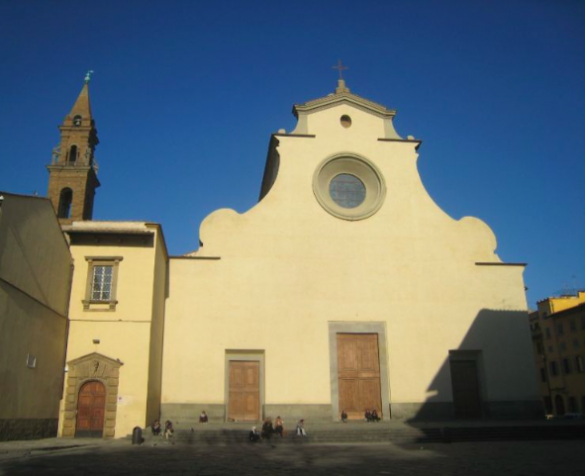 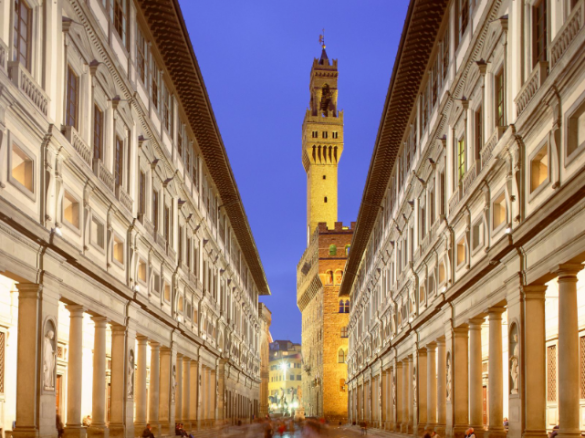 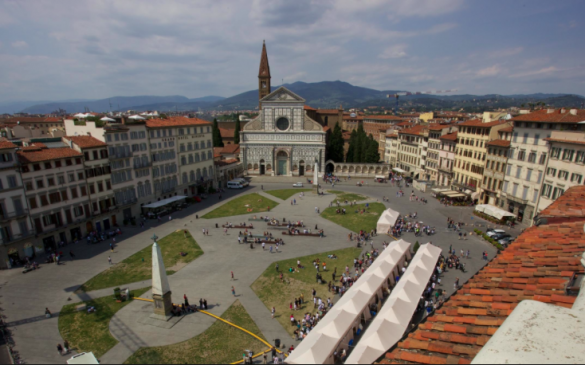 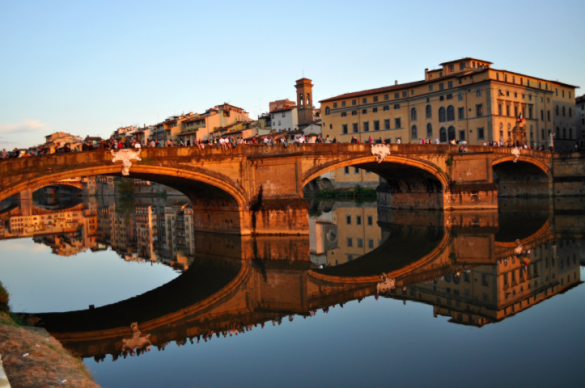 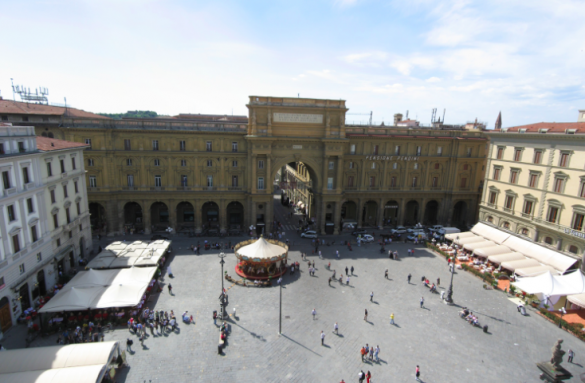 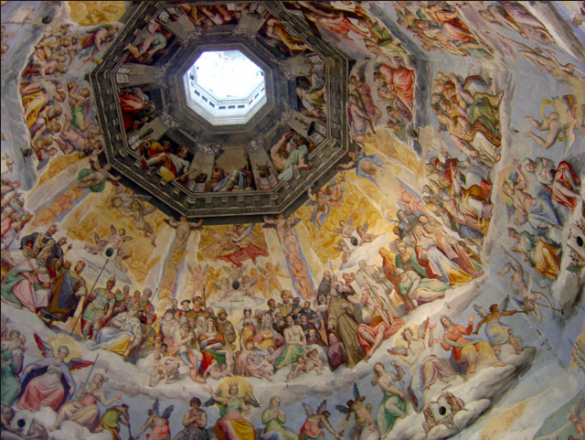 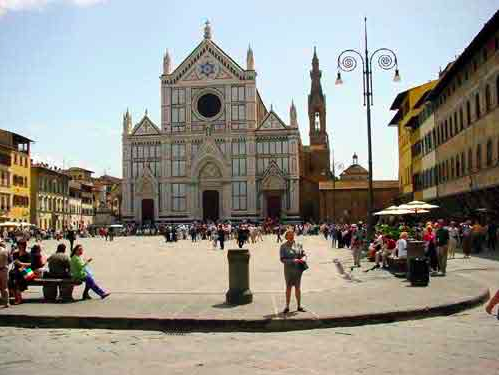 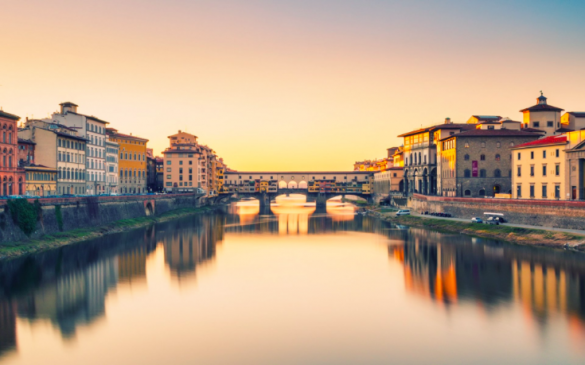 For more information on wedding reception venues around florence check out Tuscania Event’s locations in Florence or contact us directly at wed@tuscaniaevents.com for a personal proposal.
Let the dream begin… 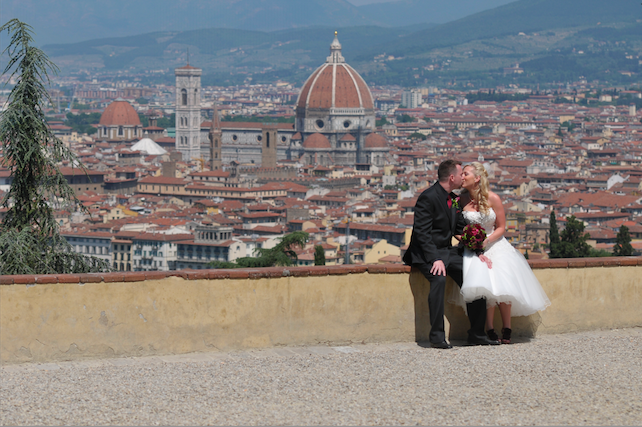 Marriage of American citizens in Tuscany

A Scandinavian Wedding in Florence

How much does a wedding in Italy...